Interstellar's Display of a Wormhole and the Physics Behind It

December 01, 2019
The movie Interstellar displayed many astrophysical phenomena of which had barely ever been displayed in major motion pictures before. In able to gain a good foundation for the physics behind wormholes, I read chapter 14 and 15 of the book The Science Behind Interstellar by author Kip Thorne. The wormhole displayed in the move was what Thorne referred to as a "traversable wormhole". A traversable wormhole's properties that make it different than a normal one is that it contains exotic matter.

A traversable wormhole can most likely only be created unnaturaly. This is because the only exotic mater that humans have ever encountered is when we created it in a labratory. Spacetime is converged when seen from outside of the wormhole, but diverged when seen from inside the wormhole. A simple mass will cause spacetime to be converged, such as the top of Figure 1, but the divergence of spacetime requires a negative mass, or negative energy, in accordance to Einstein's equation E=mc^2.

Looking at a the mouth of one side of  a wormhole, you will see a divergent picture where the wormhole opens up to on the other side.  Here is an example of how light rays travel through a traversable wormhole.

Notice how the light rays converge when going into the wormhole and then diverge as they travel out of it. The only way for light rays to make it out of a wormhole is if it has exotic matter. This is in accordance to the laws of quantum physics, where the only possibility of a wormhole occurs at the planck scale in "quantum foam", where Einstein's laws of relativity predict that a wormhole with no exotic matter will only stay open for such a short amount of time that light could never get through. In order for a human to travel through a wormhole, humans would need to capture and enlarge this hypothesized "foam" and add an extreme amount of exotic matter. This exotic matter is what is responsible for the enlarged picture that we see from one side of the wormhole of the other. In interstellar, this is the beautiful representation of the other side of the wormhole near the star vega that was seen from our solar system.

When looking at the mouth of a wormhole, the image distortion that is seen is a result of the geometrical aspects of the wormhole. The convergence and divergence of spacetime that was discussed previously only pertains to the enlargement of the picture.

Here is a list of the geometrical properties of a wormhole that will allow us to dissect the image of the wormhole in interstellar.

It turns out that the wormhole in the movie interstellar was short in length, and also had a small lense width. With that being said, the picture that we see in the movie is an exaggeration of the actual image distortion that would be seen of a wormhole with these geometrical parameters. The little effect of gravitational lensing around the wormhole, however, is accurate in accordance with the small lense width of said wormhole.


The movie is very interesting to watch as tt displays many interesting astrophysical phenomena that had only been touched upon in major motion picture previously. Even though the movie exagerrated various effects of the wormhole,  the portrayal of the wormhole itself is beautiful and makes for a fantastic film. 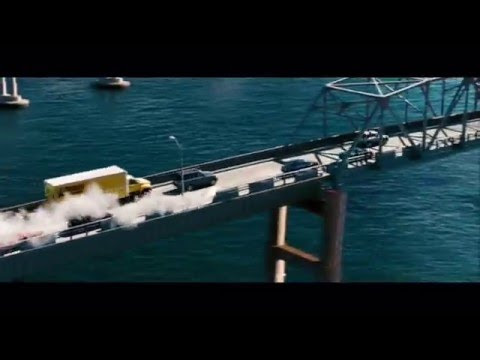